Bitcoin fell below USD23K on Monday, the lowest point in the months, on the Celsius-driven sell-off Monday. The market capitalization of all the cryptos also dropped to below USD1 trillion.

Bitcoin tumbled by about 12% on Monday 13th June, to less than USD23,000, the lowest point in recent weeks. On Friday, it slipped below the USD30K mark before dropping to USD27K on Sunday and finally nose-diving on Monday. The Crypto and Greed Fear Index also dropped to 11 out of 100 on Monday, signalling a possible risk of continued sell-off and further price drop.

With it went MicroStrategy’s stock, which plummeted as much as 28%, as investors saw the possibility of margin calls on the BTC-backed loans.

In August 2020, MicroStrategy raised over USD2 billion in debt to purchase and hold Bitcoins. Indeed, Saylor, the CEO and co-founder of MicroStrategy, went a step ahead and bought more Bitcoins using loans collateralized with BTC. These credit lines were put into question when the firm’s executive recently gave an earnings warning, saying that the company was likely to face a margin call. This is a situation where the lender asks for additional equity or liquidates a section of the collateral. In this case the margin call is expected when Bitcoin falls below USD21K.

The tech company holds 129,218 BTC, valued at over USD3 billion by the time of going to press. Now the firm faces the danger of crypto contagion.

It is not just MicroStrategy that is at risk of getting swept down. Celsius, a crypto lender, paused withdrawals and swaps because of the “extreme market condition.”

According to Saylor, the possibility of a margin call was raised on 3rd May and would happen at a 50% loan-to-value ratio, which is about USD21,000.

However, MicroStrategy could add more BTC to the loan collateral to avoid liquidation, according to its Saylor. The CEO has already indicated that the company is not interested in selling. He tweeted that if the price Of BTC plummets below USD3,562, the company would put forth other forms of assets. 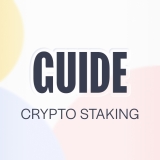 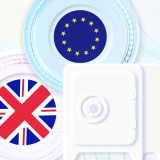