Mobile gaming is becoming the bridge between the blockchain community and the 2.8 billion players market.

More Players Not Yet Willing to Crossover to Web3 Games

The process of creating a game that is fun to play more than one is a complex and time-intensive process. These complexities result from the trials and errors that are involved. Often, the game that people find enjoyable might have taken 1-2 years, at times even more.

As the gaming world continues evolving and moves to Web3, there is a notable discrepancy between the lovely traditional gameplay thrill and blockchain-based experiences. Although rewarding, the new games do not appear to be as exciting as the traditional ones, and some players are not getting enough reasons to move.

Block Games, one of the famous next-generation game development and publishing studios, aims to lead the big shift to Web3 with a series of player-owned mobile games. The best example of these is the Shatterpoint game.

Shatterpoint is an action RPG game designed for mobile devices that feature free-to-play (F2P) capability. It is aimed at educating traditional players about the new blockchain space by rewarding them with NFTs. This will serve as a bridge to help them move to Web3.

“We’re focusing our efforts on creating a great blockchain game, with free-to-play at the core of the gameplay. It is our aim to make the blockchain side almost invisible, creating a seamless experience for new players whilst empowering the player-owned economy and experienced play-to-earn gamers,” explained Benas Baltramiejunas, the Block Games CEO.

Shatterpoint is encouraging players of all types to get into Web3, discover the play-to-earn, and immediately get a reward in the form of NFT.

Using a mobile application, a bridge is formed between about three billion mobile gamers on the planet and the ever-growing blockchain community. So, what is the gameplay?

The story takes place in the Shatterpoint Universe, which is full of mysterious portals that connect various environments and are inhabited by wild creatures, robots, and dangerous entities. Then, a guild of heroes started by Karluq, a mysterious entity, pursues its mission to help unite a number of players (Free Awarenesseses) with heroes (Vessels).

As the game progresses, players get the opportunity to earn cryptos, trade, and test their skills in battle. Shatterpoint offers both free-to-play and play-to-earn experiences for players.

The game was announced in March 2022, but the efforts had started eight months earlier. Right now, it is in the alpha version. They are also in the process of unveiling the first private token sale and guild partnerships. Next will be retail NFT sales, public token launch and closed alpha towards the end of 2022. 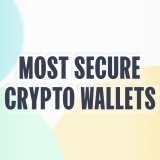