The New York State Senate should reject the legislation that was passed by the State Assembly recently, putting a freeze on approvals for permits for crypto mining operations using non-renewable energy.

Recently, the New York State Assembly approved legislation that would stand in the way of economic opportunities and innovations at a time when the state requires more jobs and robust economic growth.

The State Assembly Bill A.7389C outlined a moratorium for approval of new applications and permits for crypto mining-related operations (proof-of-work mining), which use energy from carbon-based fuels. However, this proposal is considered shortsighted and expected to accomplish little in terms of sustainability but harm innovative businesses in New York.

Mining Facilities have Consistent Demand and are Easy to Switch Off

Proof of work (POW) protocol is used for verifying transactions for Bitcoin and, like other industrial activities, requires energy. However, the argument that POW uses more energy compared to other industries is a misconception.

Policymakers in New York have set ambitious goals for mitigating climate change. In 2019, they passed the Climate Leadership and Community Protection Act, which requires the state to foresee a reduction of greenhouse gasses by 85% come 2050.

Shifting to greener energy sources requires significant investment by energy industries and policymakers. Proof-of-work miners are the only reliable customers offering a consistent demand and revenue for energy suppliers. There is an added benefit here: miners can power down so that energy is redeployed to the critical areas, almost instantly. This is simply impossible for other industries.

Good examples are when customer energy demand spikes in summer in Manhattan or Buffalo in winter. In such situations, miners can operate cooperatively with utility providers to reduce the demand. The power employed by proof of work miners would flow back immediately to avert any negative impacts. No other sector, from data centers to manufacturers, is capable of doing this.

Other States Waiting to Welcome Mining Companies from New York

Crypto mining has increased over the last few years. Bitcoin Mining Council estimates that the international mining industry’s sustainable electricity mix is about 58.5% and is on an uptrend. More states are, indeed, looking forward to encouraging digital mining and will be willing to receive New York-based crypto companies to their jurisdictions. For example, Illinois and Georgia have already proposed tax incentives for digital mining companies.

In Texas, Stakeholders have already indicated that proof of work (POW) mining companies are helping to stimulate the economy, promote the development of renewable energy, and create jobs. Globally, more than 100 million people have adopted Bitcoin, and proof of work (POW) is its foundation.

It is paramount that New York remains a leader in international finance, as opposed to standing in its way. Therefore, policy makers and the crypto mining industry can set the standard for sustainable and ethical business growth.

This proposal from the assembly should be blocked when it comes up for voting in the senate! 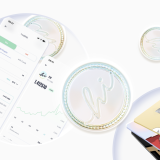 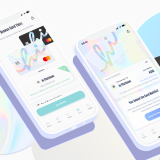